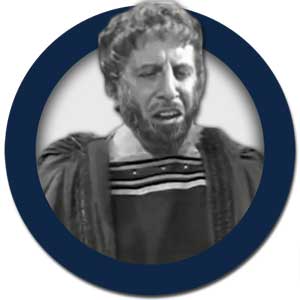 The First Doctor and his companion Vicki paid a visit to Troy during its famous siege. Vicki ended up sticking around, having fallen in love with a local Trojan and presumably turning to face a bucket later that day, the TARDIS long gone at that point, and asking out loud, “I have to sh*t in that?!” Doc meanwhile had picked up an involuntary stowaway in Troy, Katarina, who became his companion until she flushed herself out an airlock.

The troupe arrives in Troy, where there’s no Helen, Vicki falls in love, and the Doc leaves but one Trojan left alive.