There are hundreds of Doctor Who TV stories out there and we intend to watch them all! Not just that – We'll watch, review, discuss, debate, rate and praise and/or poke holes in every episode of Doctor Who, starting with William Hartnell's first ever serial, An Unearthly Child. That's right, we're working our way through Classic Who, from 1963 and onward, episode by episode and Doctor by Doctor. And parallel to that, we're also subjecting New Who (aka NuWho) to our resolute Whovian scrutiny, starting in 2005 with Eccleston in Rose.

Alongside the TV episode/serial reviews, we drop the occasional bonus episode to discuss conventions, comic books, games and more. We even tackled a bunch of the audiobooks, too, starting with The 8th Doctor Adventures by Big Finish, starring Paul McGann as The Doctor.

From comparing Dalek and Cybermen military stratagems to ranking companions by hairstyle, we've got it covered. And while you subscribe to us on iTunes, we're populating WhoBackWhen.com with written reviews, episode statistics and an ever-growing Visual Index of aliens, creatures, historical figures and companions that the Doctor meets along the way. 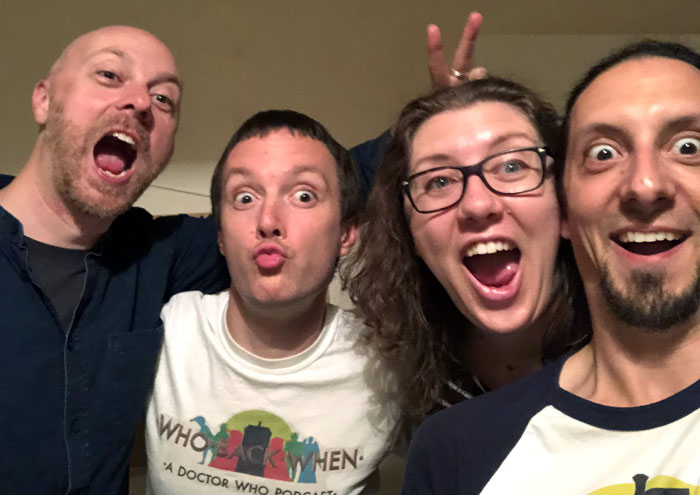 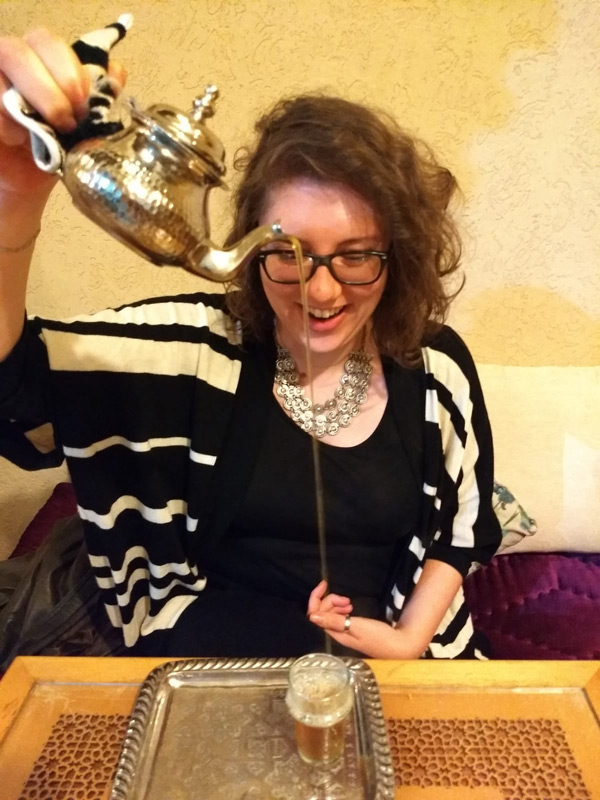 Hi! My name’s Marie. I grew up surrounded by the mythology of The Doctor before I’d ever seen a single episode. As a child of the 60s and 70s, my dad would forever regale us with stories of the Daleks and Cybermen, and of how my grandmother used to pull out the sofa before each episode so that my dad, his brother and sister had somewhere to hide when things got too terrifying.

Fast-forward to 2005, I was already slightly in love with Christopher Eccleston for his ever creepy roles in Shallow Grave and 28 Days Later... (don’t ask what that says about me!) and could not have been more excited to have him as my generation’s first real Doctor. I consumed the series with abandon and loved everything about it. It captured something so essentially British and of its time. Billie Piper – our nation’s sweetheart – perfectly epitomised the chavtastic* ordinary girl, who was whisked away to bigger and bolder things. And there was also something ever so slightly crap about it. (Spinning Christmas trees, anyone?)

It feels fickle to say that my favourite doctor changes with each regeneration, but I think what Doctor Who does best is to sweep you up into this wonderful, bonkers, unimaginable universe and make you care so deeply about the characters as you watch their stories develop.

The episodes I love the most, however, are when things get really scary. They tip the whole universe up on its head, make us question everything we think we’re certain of, and play on our deepest fears. Afraid of the dark? Of course you are... there are flesh-eating monsters in there! Think you saw that scarecrow move? You probably did! Worried there’s something under your bed? You should be! 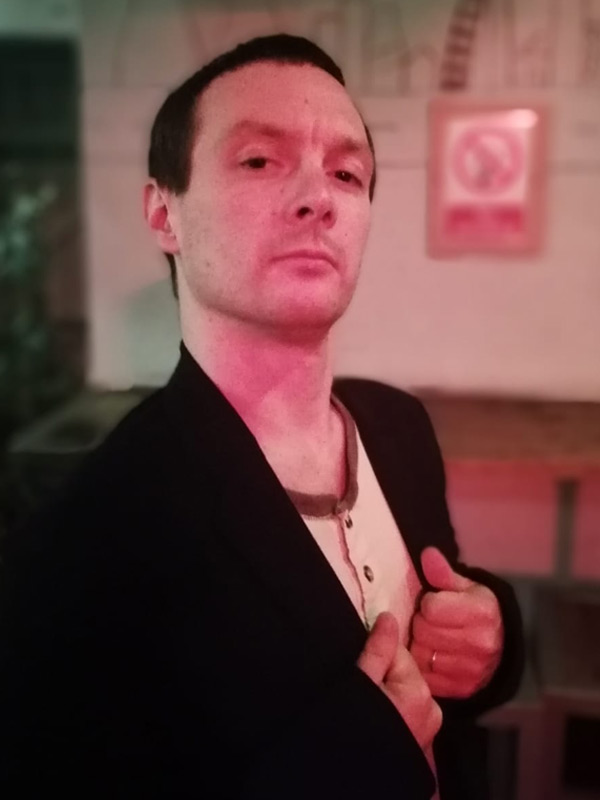 New Who, Audio Who, Bonus Eps

Ladies and gentlemen, esteemed readers of biographies, you see before you a crass interloper into the WhoBackWheniverse, a strange creature most similar in build to a Sontaran: Drew, aka the Drewid. I may have watched a few Classic Whos in the late 80s without fully comprehending what was going on, but my Whostory proper begins in 1996. I think we even watched "it" as a family despite my father's sage misgivings. A mere 90 minutes later I, red-faced and wailing in frustration, single-handedly willed the series into another hiatus until 2005, when I began to take intermittent interest again, but without real conviction until Matt Smith started getting properly moody-woody in Series 6.

I love the concept of Doctor Who perhaps more than the show: the potential for Britain's finest writers to create compelling, wildly original science fiction every week without any constraints in terms of time or space. This is perhaps why I didn't commit for so long. But when the Right Reverend Ponken suggested I help him critique the show, suddenly I had found my niche. Or rather, I slotted myself into his niche. And I've never left. 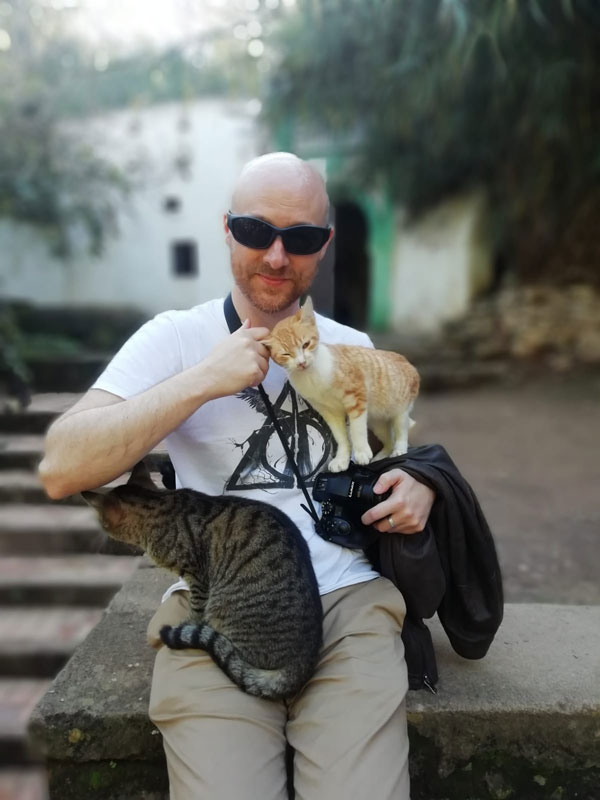 Hi, I’m Jim or JimmyTheWho. My journey through the Whoniverse started in childhood with a tiny bit of Peter Davison and a morsel of Colin Baker, but it’s Sylvester McCoy that I really remember. Well, when I say remember, I have fleeting memories of a yellow robot in a swimming pool that made me hide behind the sofa, how cool it would be to be named Ace, and thinking that the Daleks were a bit crap.

That crapness has always been part of the charm of Doctor Who, of course. As with anything you love, it has always managed to frustrate me just as much as it entertained me. “Why can’t Dalek’s go up stairs?”, “Did that wall just wobble?”, “Why doesn’t anyone shoot the Doctor first and ask questions later?”. But how boring would it be if you didn’t get to poke fun at it from time to time?

As an adult, I tend to enjoy it a bit more when Who tries to do something hard-hitting or ups the production values, so it was nice to see the 1996 film (although generally pants) and New Who bringing a fresh take on that side of things. Eccleston was a real standout from the start and it’s such a shame he didn’t do more than one series. As a whole though, Matt Smith is the Doctor that strikes me as the perfect balance between goofy, intelligent, compassionate and powerful. He portrays a Doctor that is alien in a lot of ways but human enough to inspire us all to be better versions of ourselves. 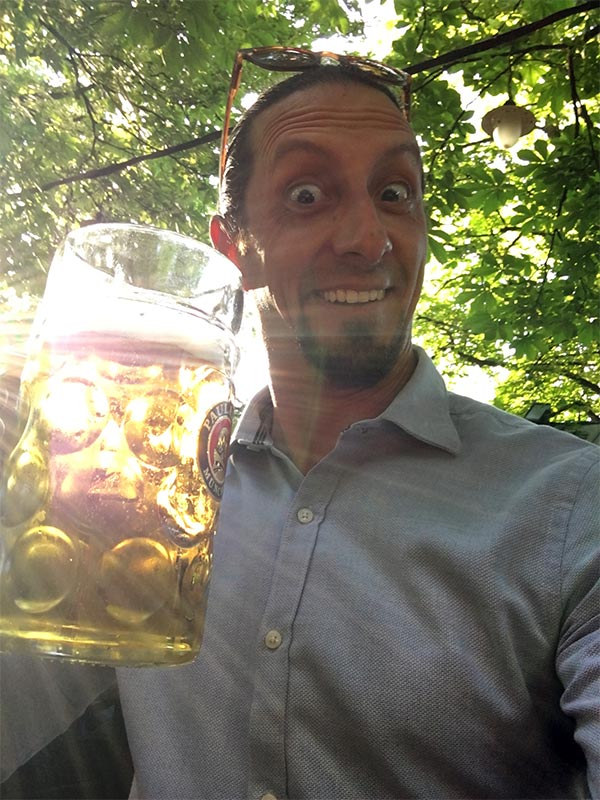 Hi there. My name is Leon, but people started calling me Ponken at uni and for some reason it just stuck. For those of you who have asked, it's Swedish and means 'little boy'.

I grew up watching Tom Baker as The Doctor, but didn’t really get what was going on when, later on, I saw a few Pertwee episodes. Even when the show was rebooted in 2005, Tom Baker remained the original and best for me – a bit like the first James Bond you ever see or Spock or, I don’t know, Inspector Clouseau. Anyway, then David Tennant came along and opened my eyes to a whole new world of Who, and I’ve been thoroughly entrenched in the show since. Never having seen any of the other classic Doctors before I started this podcast with Flapjack, I can tell you this odyssey is freaking fantastic! In addition to being a massive Doctor Who fan, I’m a general film nerd and have been a Trekkie since birth.

Before Who Back When, I used to host another podcast called Ponken & Friends, which was of little interest to anyone, but great practice for Who Back When. So much time, energy and passion goes into this show, and I'm so pleased to see it growing with every episode.

I produce the show and am webmaster of this site, so if you want to give me any feedback on editing or – erm... – spelling, I'd love to hear it. Thanks for listening! 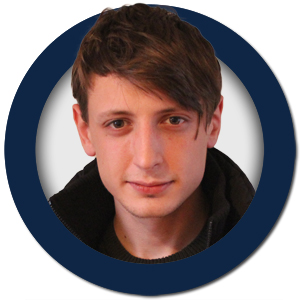 This is how Flaps introduced himself back in 2013:

My name is Jack. Occasionally, I’m referred to as ‘Jackhammer’, Flapjack’, and more recently ‘the Flaphammer’. By ‘occasionally’, I mean Ponken is the only person to have ever called me any of these things.

I’m in my mid-twenties, so when I was growing up, we were in the Doctor hiatus period, and so my viewing experiences were occasional and of the re-run variety. A bit of Tom Baker, a little Peter Davison, a dash of Sylvester McCoy. The movie didn’t even make it onto my radar.

When the series was rebooted in 2005, I loved it from the get-go, and probably forever will. This sparked my curiosity, so I went back and found a whole universe of Who delights. Now I’m completely determined to see them all, and examine them in painstaking detail. 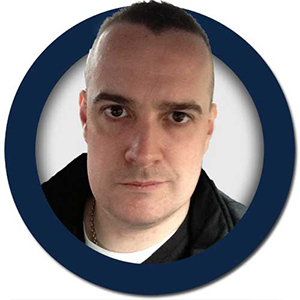 New Who, Audio Who, Bonus Eps

My name is John, but most commonly jD – from a time when there were too many John’s at university and they needed to differentiate ourselves – I grew up with Peter Davison as “my doctor” and Tegan Jovanka as “my companion” – the first episode I truly remember watching was Logopolis and from there I never looked back. I am proud to have watched every Doctor Who episode at least three times, some considerably more; and I’ve read books and digested the audio adventures.

I was there watching with friends as McCoy became McGann and the wilderness years seemed a little less wild – and then in 2005, I sat with wide eyed abandon as a London girl was told to “RUN!” by Ecclestone. I have travelled to the deserts of Aridius, to the Pyramids of Mars, to the ends of the universe and the Hydrogen Inrush of Event One, and while outside of this podcast I have a completely non-geeky life – I still drop in to geek mode from time to time. 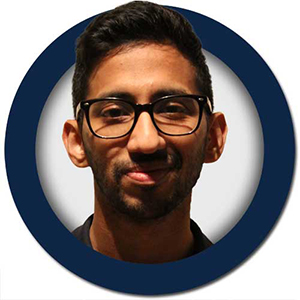 I'm Nikul aka Nik aka Nikulele aka Nikulodeon and I grew up with all of the doctors and none of the doctors. I was born into a barren stretch of Who, but our house was full of errant VHS's with all manner of non-sequential Who episodes and non-canonical movies; so on balance I'll claim Cushing as The Doctor of my childhood (because someone has to).

But I guess for all intents and purposes, you can call me a child of New Who, so going back through right from the very crucible of Who feels as close to getting a trip in TARDIS myself.