The troupe arrive in 12th century Palestine where Doc steals clothes, Ian is knighted, Vicky is inconsequential and Barb gets kidnapped (as usual)

The Doctor, Ian, Barbara and Vicki arrive in the woods just outside of 12th century Jaffa and (a) Barbara immediately gets kidnapped by Saracens and (b) Doc kills a guy. Or perhaps he only causes him some lasting nerve damage; the jury’s still out on that one. Anyway, King Richard the Lionheart (played by none other than Julian Glover) is waging war against Saladin (played by Bernard Kay who previously appeared as ‘Tyler’ in Dalek Invasion of Earth), and Doc, Ian and Vicki immediately get embroiled in court intrigue.

Barbara, meanwhile, is held captive by Saladin, pretends to be King Richard’s stunning sister Joanna (played by future Doctor’s Companion, Jean Marsh) for a little while, and is then once again kidnapped, this time by master henchman and this serial’s bad guy, El Akhir (played by Walter Randall who previously appeared as Tonila in The Aztecs). Wait, let’s just take a moment to forget all about Barb’s predicament and instead marvel at this stellar cast, shall we? Ahh. There. Moment over.

It’s now up to Ian to be knighted by King Richard and rescue Barb from the clutches of El Akhir, except she’s doing a pretty fantastic job of rescuing herself already. And the Doctor and Vicky may as well not be in this story at all, because – apart from the Doctor robbing a morbidly obese merchant and Vicky posing as a young boy for no conceivable reason – they do very little.

All in all, spoiler alert, The Crusade is a super entertaining Doctor Who serial. What a shame that two of the four episodes are missing/reconstructed!

Big thanks to Al, JD, Gina and Kyle for their marvellous mini-reviews – all of which are included in this podcast episode and available for your reading pleasure here below.

That belt looks way too small for such a huge King.

King Richard about to straight-up Connery his sister Joanna

The Ratings & Review section of this podcast episode starts at the 1h12m mark.

Here's what we think of C014 The Crusade 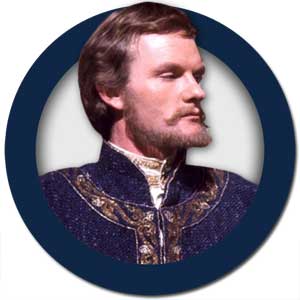 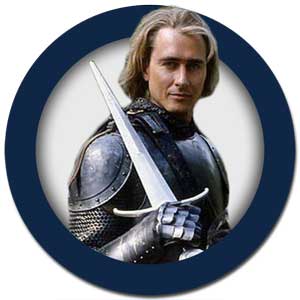 Medieval Knights
Here's what we think of C014 The Crusade

Here's what you think 7 Responses to “C014 The Crusade”