The Doctor, Barbara, Ian and not-short-for-Victoria unfreeze on Xeros, are about to be frozen again, and then help some kids kill lots of grownups.

The Doctor, Barbara, Ian and Vicki, who were frozen in time at the end of the last TV serial, materialise on the planet Xeros and promptly unfreeze. Turns out, the planet is now used as a space museum, even though it ought to be said we only see a few rooms in one building and a total of maybe 25 people, so goodness knows what it’s like on the entire rest of the planet!

The Space Museum, which most likely to accommodate tourists presents all of its signs in English, is run by the Moroks, an evil alien race who have taken over Xeros and enslaved its indigenous adult population while leaving the local adolescents to roam free until they come of age. The latter, however, hormonal brats thirsting for freedom that they are, are obviously going to take up arms, and the arrival of Vicki & Friends is just the impetus they’ve been waiting for. If the Moroks don’t get to them first and turn them into museum exhibits.

Also important is that the troupe has jumped a time track, a pleasant consequence of which is that they now have the chance to McFly their respective futures so that their parents kiss at the big dance, by which is meant that they may beat the Moroks yet.

This is an action-packed thrill-ride of a Doctor Who serial, with plenty of marvellous props, techno babble, WBW tropes and some of the dumbest plot devices hitherto witnessed on the show, including *spoilers* a re-enactment of the deus ex machina from Edge of Destruction (aka Descrution). From the blatant wardrobe change in the beginning that could really only have been accomplished, had the troupe been violated by the Morok, to the fact that Vicki – Freaking Vicks Vaporub! – takes up the reigns as resident Che Guevara, leading a bloody revolution while hacking super computers along the way, this serial is, with little to no exception, absolutely bonkers. You’ll love it.

All in all, a romp worth watching!

Lobos treats one of his guards to a sneaky HJ

Vicki hangs out in the local Starbucks

The Ratings-and-Reviews section of this podcast episode starts at: 1 hour 3 minutes

PS: In case you’re struggling to find something of merit in this Doctor Who serial, check out this video, in which Doctor Who writer Rob Shearman defends ‘The Space Museum’. Big thanks to Evan for sending us the link, and of course for tuning in to Who Back When to begin with!

Here's what we think of C015 The Space Museum 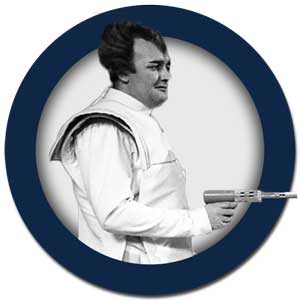 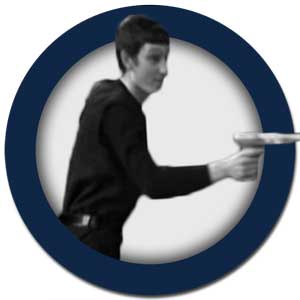 Xerons
Here's what we think of C015 The Space Museum

Here's what you think 9 Responses to “C015 The Space Museum”