The Doctor & Co arrive on Marinus and are blackmailed by Arbitan to go on a suicide mission to retrieve the five titular micro-circuit keys.

Here’s all the backstory you need to know:

Arbitan built a device called The Conscience of Marinus, that got into everybody’s mind, spreading a message of peace and essentially removing all evil thoughts and intentions from the populace. However, one dude, Yartek, somehow developed an immunity to the Conscience of Marinus and began actively resisting the machine, in which instance Arbitan hid the five keys that power his invention on five different locations on Marinus. Fast-forward to the relative present, Yartek is now leading his rebel force of S&M scuba divers (The Voord) to the island in an attempt to take over the contraption and use it to seize control of Marinus, and Arbitan wants to get the keys back to power up the machine again. Yeah, it doesn’t make perfect sense, but there you have it.

Anyway, The Doctor, Susan, Ian and Barbara head off on what is going to be one of the most epic journeys ever, battling brains in jars (The Morpho), heartless murderers, super-juiced plants, sexual predators, arctic temperatures, stock-footage wolves, sneaky boobytraps, medieval knights, evil Voord… and the law.

We loved this Doctor Who story. William Hartnell may be absent for a large portion of it – as per usual – but the travellers’ group dynamic is strengthened in a credible and fantastically entertaining way. We had a lot to say about this one, so here is another super lengthy episode review, but it’s well worth a listen.

And if that’s not incentive enough, we might add that in reviewing these Doctor Who episodes, we somehow managed to make connections between them and Star Wars, Indiana Jones, The Matrix, Dune, They Live, Harry Potter, Night of the Living Dead, Day of the Triffids, The Stepford Wives, The Great Escape, South Park, James Bond and Flash Gordon.

Furthermore, here’s a Who Back When first! We’ve also included a fan mini-review of The Keys of Marinus! Big thanks to Will for sharing his thoughts on the show.

(The Ratings and Reviews of this Doctor Who story kick in at the 1h36m50s mark.)

Here's what we think of C005 The Keys of Marinus 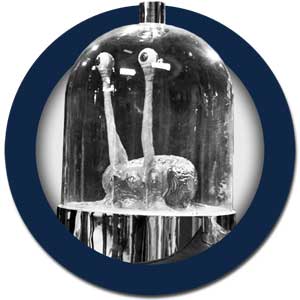 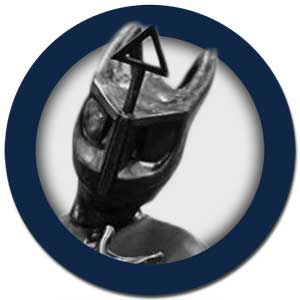 Voord
Here's what we think of C005 The Keys of Marinus