Doctor Who now has a hot niece, Ian’s been replaced by Bernard Cribbins and there’s plenty more Cushing for the pushing!

Peter Cushing is back as Doctor Who – yes, that’s his name – in another silver-screen remake of a classic William Hartnell story. This time, (C010) Dalek Invasion of Earth gets the Technicolor slapstick treatment, and not only has this movie dispensed with prepositions, but it’s given itself a companion makeover as well.

No longer accompanied by Ian and Barbara, Doctor Who and Susan Who – yes, that’s her name – now travel around with Louise, The Doctor’s niece, a young woman whose backstory is left as unexplored as the finer points of logic in this story, and a young policeman whom they happen to kidnap in the film’s cold open, named Tom Campbell and played masterfully by Doctor Who veteran, Bernard Cribbins.

Just as in the Hartnell original, they materialise in post-apocalyptic London only to find that the Earth has been taken over by Daleks, and most surviving humans are either fighting a losing guerrilla war against their oppressors, forced to toil in a Bedfordshire mine, or turned into mindless Robomen.

Guess if Doc and Co are going to try to save the day. 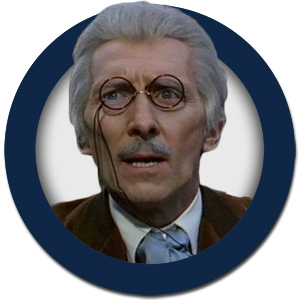 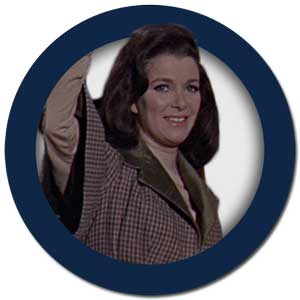 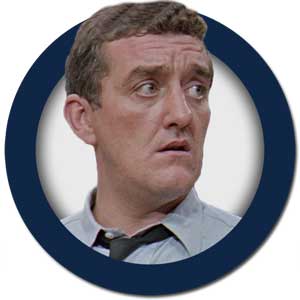 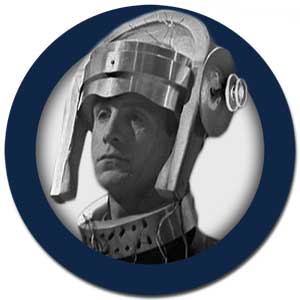